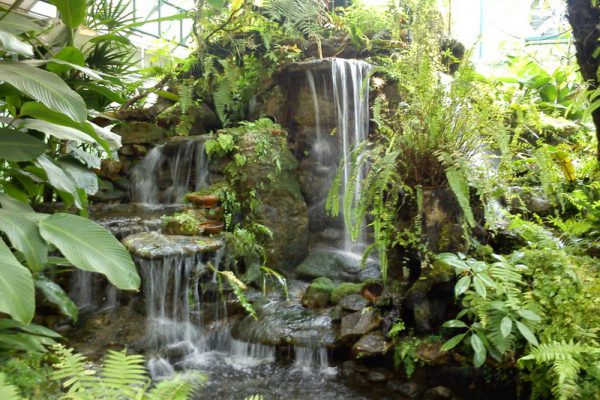 Bhubing Palace the royal winter residence in the mountains 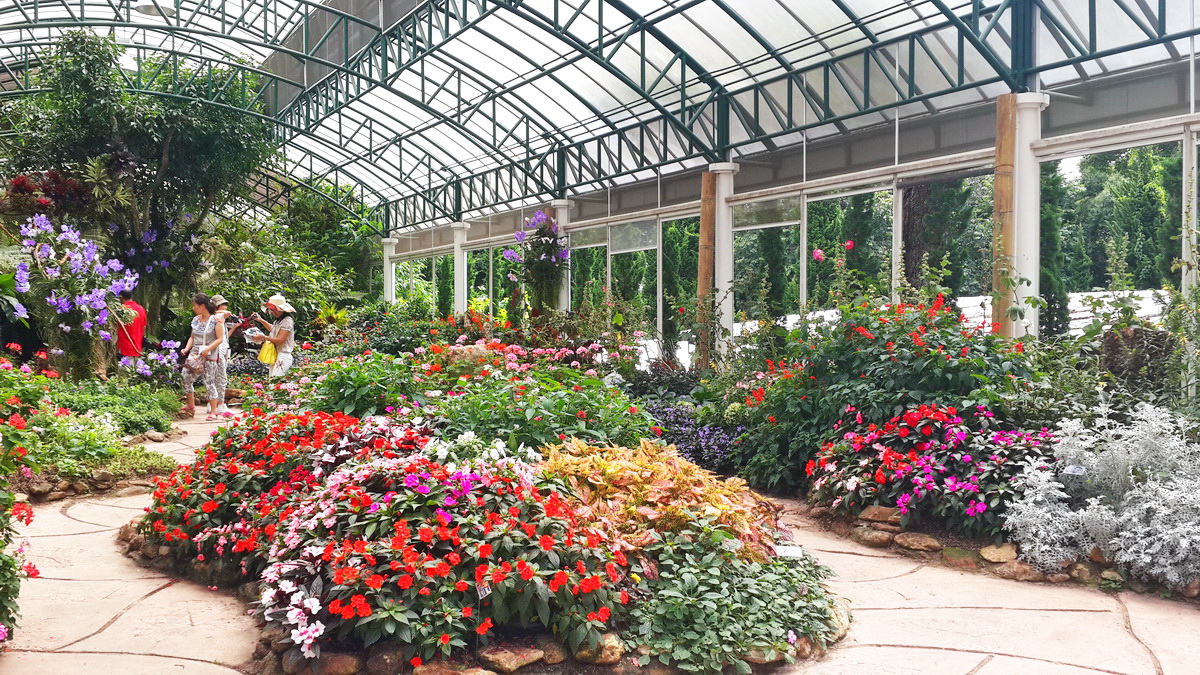 Bhubing Palace is also the royal guesthouse for prominent state visitors from abroad. In the past Their Majesties welcomed or granted royal audience to State visitors only in the capital of Bangkok. Bhubing Palace was built in 1961. The construction started initially with only the royal resident building and the guesthouse. The other buildings were additionally built on later dates.

The Winter Palace that is officially named Phra Tamnak Phu Phing and also known as Bhubing Palace is found on Doi Buak Ha, a mountain close to Chiang Mai near Wat Phra That Doi Suthep, one of North Thailand’s most important Buddhist temples. Getting there means a scenic ride on a steep and windy road across the forested mountain. 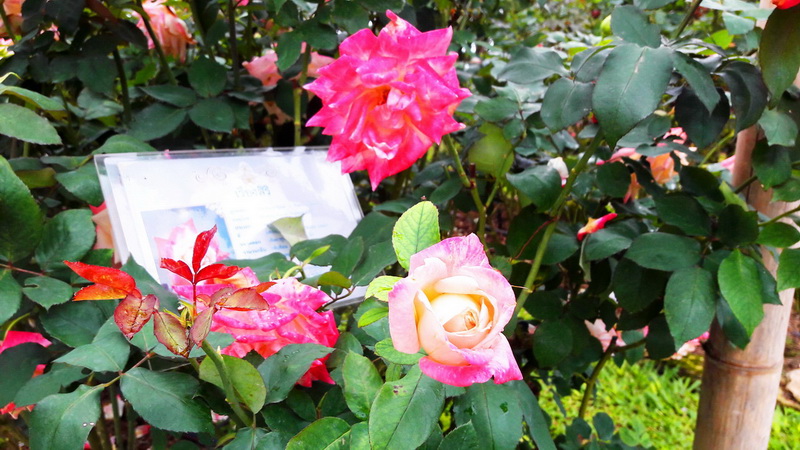 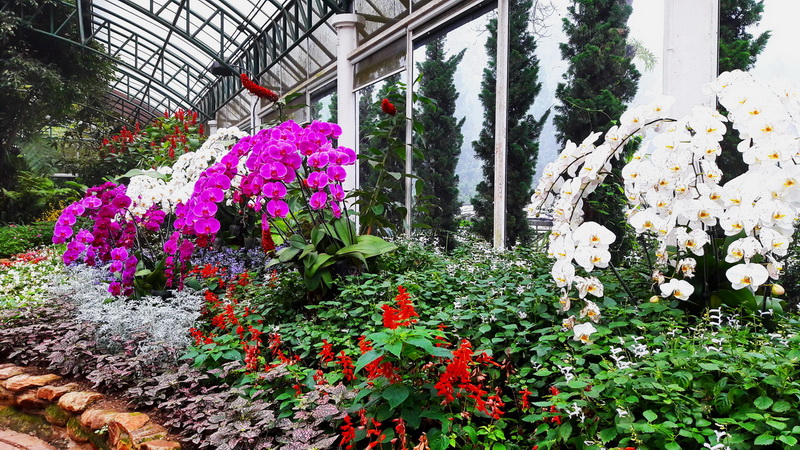 There are 3 log cabins build from eucalyptus wood. The Ruen Peek Mai is the Royal Residence of HRH Princess Chulabhorn. The Tamnak Payak Sathit is the Royal Residence of HRH the Crown Prince Vajiralongkorn. The third is the Phra Tamnak Siri Song Phuping. The Pha Mon pavilion is a teak wood pavilion build for recreation and diner for the Royal Family. It was build on a small hill in the fern garden in which several species of fern grow, some of which are up to 100 years old. The Hor Phra is a small Northern style building containing a Buddha image. It is a shrine for prayer used by the Royals. 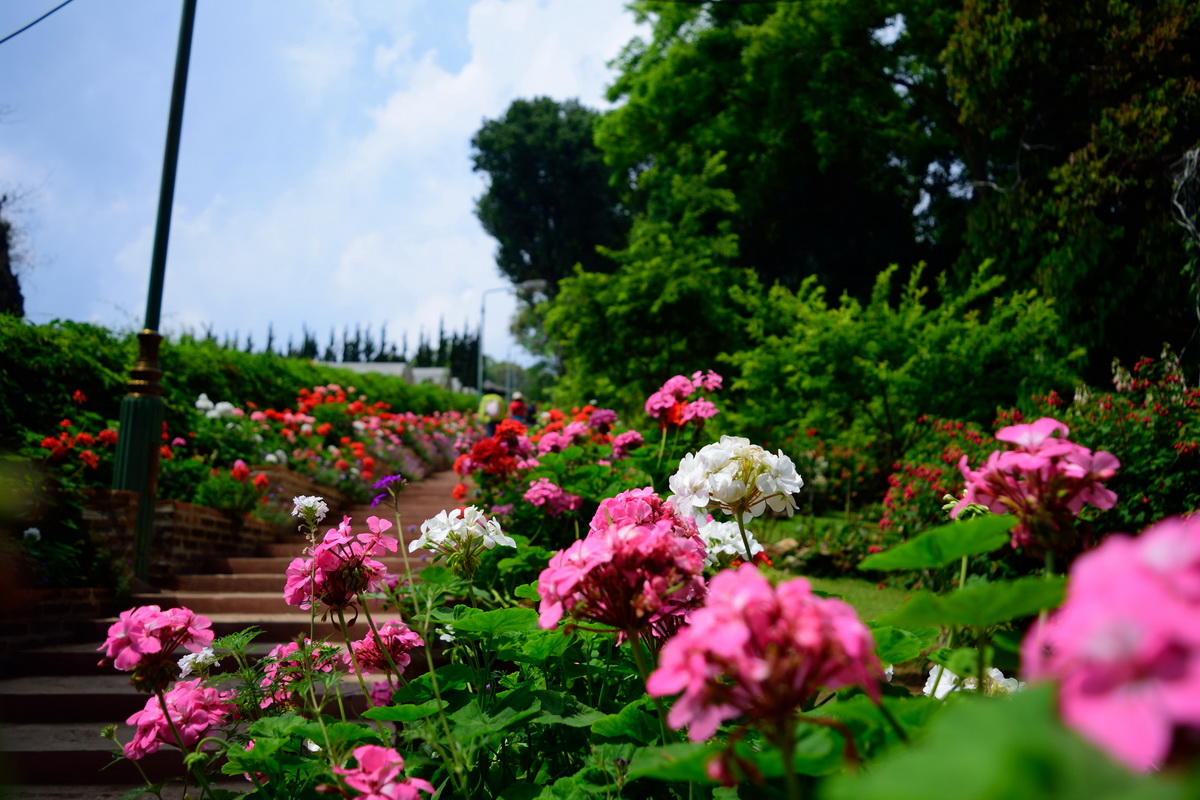 The main Palace building is the Phra Tamnak Phuping Rajanives. This was the first structure to be build, which was completed in 1961. The Ruen Rob Rong is the Royal guesthouse, a two storey building used as a guesthouse for visitors of the Royal Family. The Phra Tamnak Sri Nagarindra is a two storey building on top of a small hill that was the Royal Residence of Princess Sri Nagarindra, who was known as “The Royal Grandmother”, the mother of the current King.

The collection of royal buildings are attractive in their own right, but it is the gardens which make Phuping Palace such a beautiful place to visit. Even if you are not into gardening or horticulture, the gardens and grounds make for a wonderful way to relax and spend a few hours. One of the rose gardens, Suan Suwaree, commemorates the former lady-in-waiting, Thanpuying Suwaree Taepakam. The garden was planted under the instruction of Queen Sirikit in 1999. 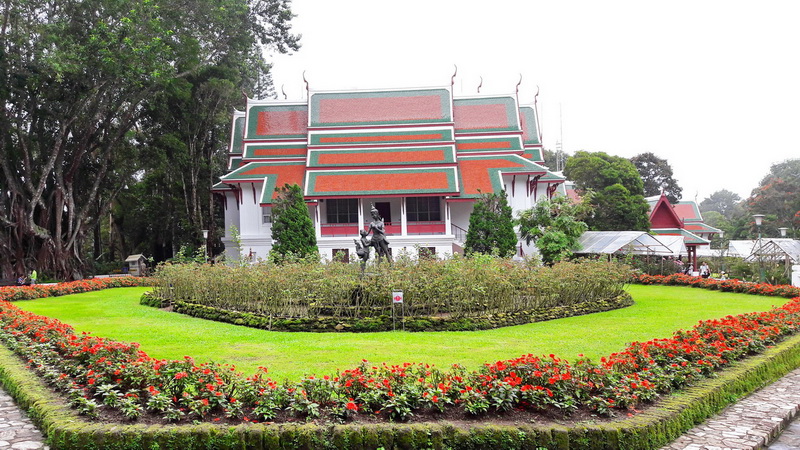 Absolutely lovely gardens with banks of geraniums, lobelia and many many roses. Would be lovely to visit when the roses are in bloom. Take a route off the beaten track and you find delightful stone pathways through the wooded areas with only birdsong and butterflies to accompany you. There is also a huge banyan tree and giant bamboo that were unique sights to see. Another highlight of the palace is the vast water reservoir that holds water for the entire palace’s use, and where the musical fountain show called “The Fountain of Celestial Water of People” is held; a nice spot for sitting, relaxing, and appreciating the view of the colorful flower garden.

Tickets are priced at 50 Baht for non-Thai nationals and 20 Baht for Thai people.

The grounds are closed when the royal family is in residence which is usually sometime between January and March. Bhubing Palace is located approximately 1 hour’s drive from central Chiang Mai. The road has plenty of bends which can be accentuated if you are sat in the back of a songthaew, so keep that in mind if you are prone to travel sickness. If you want a day trip it is between Wat Phra That Doi Suthep and Doi Pui Hmong hilltribe Village but take a good amount of money all 3 charge. Any tour agent in Chiang Mai can arrange transport for you, but cost will depend on whether you want to go on a private tour or part of group tour.